One of the main Dynamics 365 Business Central SaaS advantages is accessibility from any device connected to the internet. This increases availability, mobility and synchrony between physical and digital worlds. There is also no need to maintain hardware. Customers can start using the software straight away without making any changes to the infrastructure and without the need to have any contingency plan in place as everything is taken care of by Microsoft.

In addition, users can benefit from seamless integration with the help of Power Platform tools such as Power Automate and Power BI. Besides, there is no need to spend time creating things that are already created and field tested by other customers. Customer implementations can be instantly extendible with one of the 750 AppSource Apps.

The biggest advantage of all is that the customer is always up to date. Dynamics Partner teams don’t have to be knowledgeable in all three generations of the product in order to be able to fully support the customer. It is enough to know just the last few versions of Dynamics 365 Business Central. The customer benefits greatly from more efficient day to day operations as Dynamics 365 Business Central is always up to date with latest functionality.

The Evolution of Dynamics 365 Business Central

The benefits of Dynamics 365 Business Central SaaS go hand in hand with the unprecedented speed of product evolution. Looking back at the last two years, we can see the following product changes:

Even though the evolution of Dynamics 365 Business Central has resulted in numerous benefits, it also happened at the cost of Breaking Changes. Many Dynamics Partners may have heard that if the solution is moved to an Extension, it is safe from changes brought by the new releases of Dynamics 365 Business Central. However, this is only partially true. The exposure to changes is drastically reduced by developing your solution as an Extension. There are quite a few examples of changes that have affected solutions whether they were implemented as an Extension or not.

For example, in Dynamics 365 Business Central version 14, we witnessed the elimination of Codeunit 1, the methods of which were spread among multiple other Codeunits. It was not a big change as it resulted in only a few hours of adjustment work in order to adapt to the change. But overall, it required the additional attention and effort of most Dynamics Partners.

The bigger change in Dynamics 365 Business Central version 14 was the field expansion. At the beginning, it didn’t seem significant as most of the description fields had already been expanded. But as customers started to enter the longer names it became apparent that their solutions were dependent on standard applications which were not adjusted to support the new field length. This change didn’t break the solutions but resulted in Run Time Errors for most of the Customers.

Further on, in Dynamics 365 Business Central version 15, the C/AL and RTC Client were discontinued. This was a significant change. On top of that, the System App was introduced. And altogether there was a lot of restructuring and refactoring happening in the core functions of Business Central, such as the total reimplementation of BLOB handling.

The upcoming Dynamics 365 Business Central version 17 update will be rolled out from October 2020 to March 2021. It is predicted to include “With” statement discontinuation and the change of pricing functionality that Partners will have to reimplement with Interfaces. Therefore, even though the old methods will be supported for a while, eventually the changes will make the current implementations obsolete compelling all Dynamics Partners to adapt.

In future Dynamics 365 Business Central releases, plans are being made to implement localizations as Extensions. It might take some time as it requires the collection of all the redundant functionality implemented by different localizations, then moving it to the Base App and then making the Base App extensible enough to support the requirements of localizations. Given this, I anticipate a lot of restructuring in the future. Additionally, there is a plan to split the Base App into multiple modules as Apps so that the separate modules can be replaced by the Dynamics Partner solutions. This also requires a lot of refactoring and may require a lot of restructuring changes in the future.

The Frequency and Impact of Dynamics 365 Business Central Changes

The Dynamics 365 Business Central changes that affect solution customizations, whether they are Extensions or not, can be summarized into the following categories:

As Dynamics 365 Business Central evolves, Microsoft may introduce new Breaking Changes, such as a transition from C/AL to AL, which are significant and impossible not to notice. In addition, you may expect a lot of Silent Changes along the way, such as the previously mentioned Field Expansion. These changes also affect the dependent solutions but are sneakier and more difficult to notice as they result only in Runtime errors.

How is your Solution Exposed to the Changes brought by Dynamics 365 Business Central?

A solution’s exposure to changes is proportionate to the number of dependencies on other Extensions. The solution may depend upon multiple types of Extensions, such as Dynamics 365 Business Central Platform, System App, Base App and Third-party App. Hereinafter we review the changes in each of them.

All solutions run on the Dynamics 365 Business Central platform. Therefore, the changes in the platform are inevitable. The good thing is that platform changes are not frequent, and Microsoft announces them well in advance.

On the contrary, the Base Application is going to be granularized, adapted for better extensibility, and localizations will become Extensions in the future. Therefore, we should expect a lot of Obsolete, restructuring changes of Signatures. These changes will affect all the solutions that reference the standard functionality of Business Central.

Those customer implementations which depend on Third-party Applications, such as AppSource Apps, face an additional risk regarding changes. Microsoft has a policy to introduce Breaking Changes within one year’s notice. In addition, there is a policy of introducing changes in Table structures or Signatures only in major releases, and never in minor releases. However, there is no guarantee that Third-party Applications is going to follow these policies even though it is highly recommended.  Due to this, all solutions that depend on Third-party Apps, can get a Breaking Change with any upcoming update of a Third-party App.

Even though most Dynamics 365 Business Central changes are inevitable, there are effective ways to cope with them. To find out more, stay tuned for our next blog post, where I reveal the second part of the coin from the business perspective, or listen to the webinar on this topic here. You can also visit our website and find out how we can help Dynamics Partners to maintain solutions in Dynamics 365 Business Central SaaS. 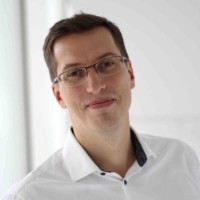