I might be dramatic, using this parallel to Shakespeare’s Hamlet, “To be or not to be?”, where Hamlet is considering whether to live or take his own life.  But on the other hand, the change that Microsoft is introducing with Microsoft Dynamics 365 Business Central is pretty dramatic. The changes that Microsoft have made not only encompass changes with the basic concept (the solution is now also available in the Cloud, without losing any strength in customization), but there have also been significant changes to the core of Microsoft Dynamics NAV, which is changing the application development language, basically for the first time since 1990. This will bring a lot of advantages for customers but also requires Microsoft ISVs and partners to rewrite a large portion of the code that has been built into their customer base since 1995.  Many partners and customers are probably wondering whether they will survive this change (see, my title is not too dramatic 😊), but I can already reveal now that there are many options when it comes to identifying the best way to move forward with Dynamics 365 Business Central, all depending on what your specific needs are. And contrary to general belief in the market, these options can be quite affordable.

Confusion is a Reality, Let’s Deal with it

The fact that new versions have been released consistently for so many years elevates the value offered by the Dynamics business solution platform, continuously equipping partners and customers with new functionality and access to new technologies. This is important information to communicate to your customers and prospects: Most competitors to Dynamics 365 are lacking this kind of history and continued dedication to innovation. Did you know, that the core of Dynamics NAV was rewritten twice before, resulting in large success for both partners and customers? So I am sure this third re-write will also prove fruitful for partners and customers alike.

How to Eat an Elephant… Piece by Piece

Now back to the questions that I get asked again and again. Let’s group them into four main categories:

The first three questions are relevant for both Microsoft Dynamics partners and end-customers. The last question is only relevant to Microsoft partners with Dynamics Business Central practices.

I am not going to attempt to answer all of these important questions today, as covering all of these would be like eating an elephant. What I will do, though, is release a blog about once a month until Directions EMEA, clarifying my views on these burning questions.  I hope that with this series of blogs, I can help to clear up some of the confusion in the market and simultaneously, help to make myself feel good about doing something useful on the 10th anniversary of 1ClickFactory. And I’ll leave you guessing on the upcoming blog titles …. Yes, to be or not to be? 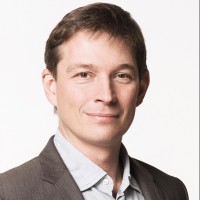