April 1st is the official release day of Microsoft Dynamics 365 Business Central 2021 Wave 1 (version 18). You can review the list of new and planned functionality and the list of functionality that has been moved, removed, or replaced by Microsoft. Along with newly introduced and changed functionality, a lot of code changes have been made.

After the in-depth review of the latest code changes, I created a two-part blog series, in which I compare Dynamics 365 Business Central versions 18, 17, 16 and 15, to see the differences between the versions and to understand the necessary adjustments that need to be made to make Microsoft Dynamics 365 Business Central solutions code compatible with new and future releases.

In the first part of this two-part blog series, I focus on pending and removed ObsoleteState functionality:

There is quite a lot of pending ObsoleteState functionality from Dynamics 365 Business Central version 15 which hasn’t been removed yet, but the pending ObsoleteState indicates that it will be removed in the future. It is important to review Dynamics 365 Business Central Online solution code and plan the adjustments that will be needed when those functionalities are removed.

Below is the list of ObsoleteState pending functionalities that have been replaced and will be removed entirely in the future, but are still available to be used in current versions:

You should also check and adjust the other pending ObsoleteState functionality that is left from the previous releases, such as:

Even though it seems there are quite a lot of code changes made in the latest release of Dynamics 365 Business Central version 18, it shouldn’t be a lot of work to adjust removed functionality in the current version. Many pending ObsoleteState warnings were introduced in the previous releases, and if you were keeping Dynamics 365 Business Central Online solutions up to date, it is easy to make the code compatible with the newest release now.

If you struggle to make adjustments on time and there is the risk of extension maintenance tasks taking over and obstructing the other tasks, check out 1ClickFactory’s Extension Maintenance service .

For more information you can watch my Business Central 2021 Release Wave 1 webinar.  Also, read the second part of my blog post, where we will review and compare these code changes: 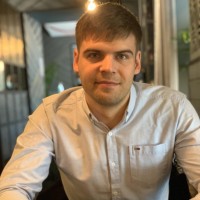