Organizing Code for a Seamless Transition from C/AL to Extensions in AL: Part 2

This is the second part of the blog post “Organizing Code for a Seamless Transition from C/AL to Extensions in AL.” If you haven’t read Part 1 yet, check it out now! You can also listen to the webinar on this topic here.

Below are a few tips on how you can organize the code in C/AL when getting ready to have an Extension on Business Central SaaS:

When you have done all the preparation tasks in C/AL, you can convert your solution to AL using the Microsoft Txt2AL conversion tool. The tool is being shipped with Dynamics 365 Business Central 2019 wave 1 release (version 14). It is the only tool that takes the existing Dynamics NAV objects that have been exported in .txt format and converts them into the new .al format. Txt2AL can be used with Deltas (which would generate you the actual Table and Page Extensions) or the whole Objects.

However, converting objects to AL can become problematic with the Txt2AL tool, as you might have to run it multiple times. This would happen if, for example, you have modified the Codeunit. You would have a Codeunit Delta that cannot be converted to an actual AL object. In such a case, you would have to manually take that text file for the Codeunit and convert it to AL. This would result in multiple iterations when converting everything to AL.

Once you have converted everything to AL, you can start merging objects to the Business Central version that you are aiming for. In this stage, the same principles apply for AL as they would for C/AL, the only difference here being the coding language. You must export:

After you export everything, do a 3-way merge.

You can automate all three exports using NavContainerHelper. To do that, create a PowerShell script. Freddy Kristiansen, the creator of NavContainerHelper, has a script in his blog that you can run.  After export finishes, you would have to merge the differences.

Once you have converted your solution to AL and start getting ready for Business Central SaaS, we suggest splitting solution code into separate folders by functional area. This way, it will be easier as you will have less objects to work with. For example, having five folders split by functional area that have 200 pages each makes them easier to work with compared to one folder with 1,000 pages.

Splitting the code might also result in splitting your solution into multiple Apps. You should consider breaking your App into multiple ones only if you see the benefits in it, which are as follows:

Tips for getting started

Transitioning from C/AL to Extension in AL can require a lot of preparation. First, you have to scope how much you have modified the existing NAV/Business Central solution. It might be difficult to do because you can't see the Keys you have modified, the Keys removed and the Keys created, unless you do a comparison analysis on an object by object basis.

Once you have the list of what you have changed, you can start refactoring. As previously mentioned, this could be done in C/AL as much as possible in order that you wouldn’t be limited by the new functionality or the new behavior of AL.  It is very important to do the Cleanup and get rid of unused code.

When organizing code in C/AL, you should always think about the future in AL. Every single new development or bug fix, or any new code that you write, should be done with a thought in mind on how this will be converted to AL. So, before you start developing something, see if there's an Event Publisher that you have created or if there's an Event Publisher that Microsoft has created in the latest Business Central versions.

After you have done all the preparation tasks, you can easily convert everything to AL, eliminate the rest of the conflicts, and you will have a completely working AL App. Most of the preparation steps have been discussed previously, except scoping the transition from C/AL to AL.

You can solve conflicts in C/AL as a preparation before moving to AL while at the same time maintaining your solution. This will help you reduce the conversion step and help manage risks. The C/AL to Extension Analyzer Report indicates the steps that you should take, such as move to Custom Events, move to Existing Events, solve incompatibilities in C/AL, and so on.

One of the important things that the report shows is the transition step in which to resolve the conflict. For example, the Cleanup step is very beneficial, because you don't know what's unused in C/AL until you delete it. In the report, you can filter out the Cleanup transition step to see all unused custom variables, unused custom procedures, and obsolete functionality in the solution.

The report validates the solution against 90% of C/AL to Extension limitations. It is very useful when refactoring the code. For example, the report identifies the limitation “Dialog input is not supported in RTC and Web Client”.  You can filter this particular limitation and see the full list of objects where a dialog type of variable is used.

Now all you have to do is look into why it is used and how can you substitute it.

There’s plenty of other C/AL to Extension Analyzer Report features that will help you scope the solution transition from C/AL to Extension in AL and make it as seamless as possible. To explore all benefits of the report, try it for free now. This is a limited time offer for all Dynamics partners who haven’t tried it yet, which will expire in just 2 weeks. So don’t delay, because when it’s gone, it’s gone!

Why Transform Add-ons to Extensions for NAV 2017

The release of Extensions for Microsoft Dynamics NAV has left many pondering – why should I transform Add-ons to Extensions? This article runs the gamut on what you need to know about Extensions for N...
Read more... 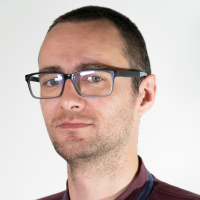