How to Use NEW Task Scheduler in NAV 2017

Task Scheduler is a new feature in NAV 2017 which delivers the following benefits:

How Does Task Scheduler Work in NAV 2017?

Let‘s get into the technical details. To begin, you should be aware that Task Scheduler is based on:

When the TASKSCHEDULER.CREATETASK function is called – a new record is created in the “Scheduled Tasks” Table with values coming from CREATETASK function parameters. These tasks run in a background session between the Microsoft Dynamics NAV Server instance and database.

The session runs by using the same user/credentials that are used when calling C/AL code. When the time comes and the task is completed – it is deleted from the “Scheduled Tasks” Table.

Detailed information about parameters of CREATETASK function can be found in following MSDN page. Let me share an additional insight on the parameter – “IsReady”. If you would set it to TRUE this task would be executed right away (depending on value of “Not Before” field). However, you can leave it FALSE, meaning that this task would remain in “Scheduled Tasks” Table until the value would be changed to TRUE and this can be done using TASKSCHEDULER.SETTASKASREADY function.

Be aware that since the task(s) are running on background session, functions that require user interface (like CONFIRM) would cause the task(s) to fail. Besides the fact that the task(s) could fail if an usual error would be encountered in code, there are additional reasons:

If an error occurs, unless the task(s) is interrupted by the failure codeunit, the Microsoft Dynamics NAV Server instance will rerun the task(s) according to the following flow/schedule:

As a result, you can view all:

By default, Task Scheduler functionality is enabled, but it is possible to disable it in the Dynamics NAV 2017 Administration Tool. You can also set the maximum number of tasks that could run concurrent on the server.

I have created the following custom “DEMO” Table. This example will create a task that would enter a record to this “DEMO” Table.

Then I have created “DEMO - Create Entry” Codeunit (ID 50000) that contains code, which would add a new record to my “DEMO” Table.

I have also created another “DEMO - Create Error” Codeunit (ID 50005), which would execute in case the task would fail. 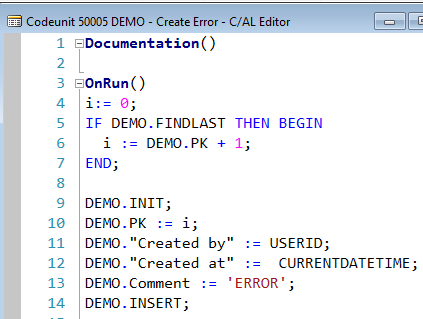 The next step was to call the TASKSCHEDULER.CREATETASK function with following parameters:

After 15 seconds (because NotBefore = CURRENTDATETIME + 15000) codeunit ID 50000 (because CodeunitId  = CODEUNIT :: “DEMO - Create Entry”) will be executed, which would create a record in Demo table

Once the task is completed, the related record from “Scheduled Tasks” Table is deleted.

One more important thing to add is that in the  “Session Event” system table (ID 2000000111) you can find all active background sessions started for each running task.

How Job Queue Functionality was Improved with Task Scheduler?

Codeunit “Job Queue Dispatcher” (ID 448) would be handling the task -  executing the object that is specified in “Job Queue Entry” Card as “Object ID to Run” at needed time.

Once it is done – the old record is deleted from “Scheduled Tasks” Table and the new one is created with updated “Not Before” field value, based on recurrence rules in “Job Queue Entry”.  Failures would be handled in “Job Queue Error Handler” Codeunit (ID 450).

Microsoft Dynamics NAV 2017’s Task Scheduler offers a variety benefits and possibilities for you to leverage today. I hope this blog has provided you with the information and examples you need to get started with Task Scheduler in your NAV 2017 system.

Dynamics 365 Business Central: The importance of using a prefix or a suffix

When it comes to writing AL code for Dynamics 365, it’s a best practice to ensure that the name of each new application object in your extension contains a prefix or suffix. For optimal results, each ...
Read more... 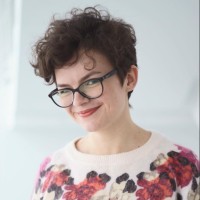